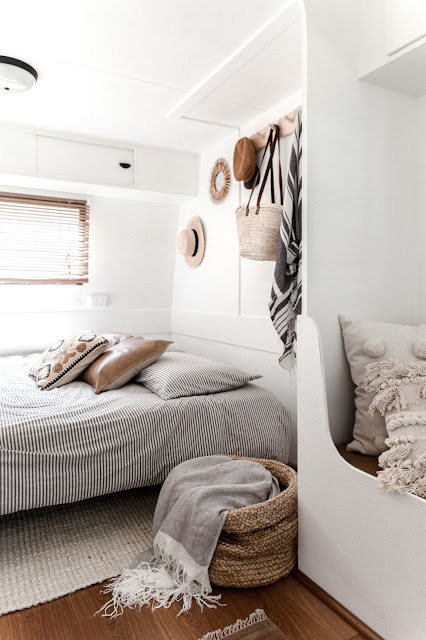 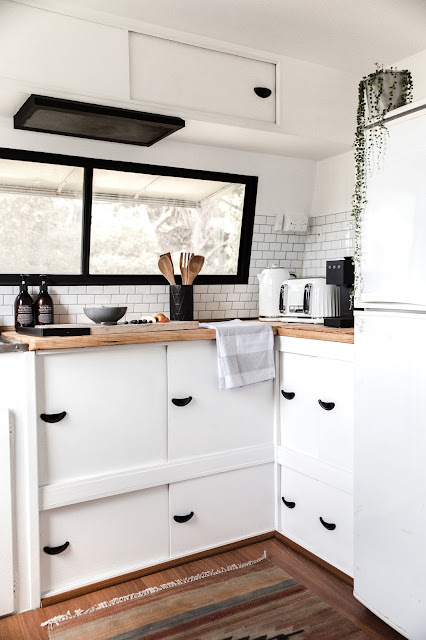 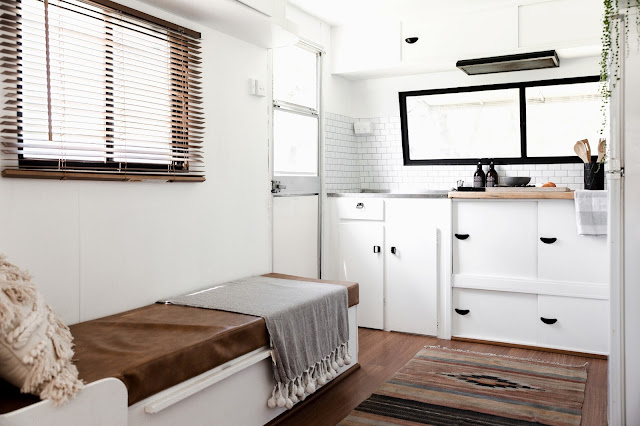 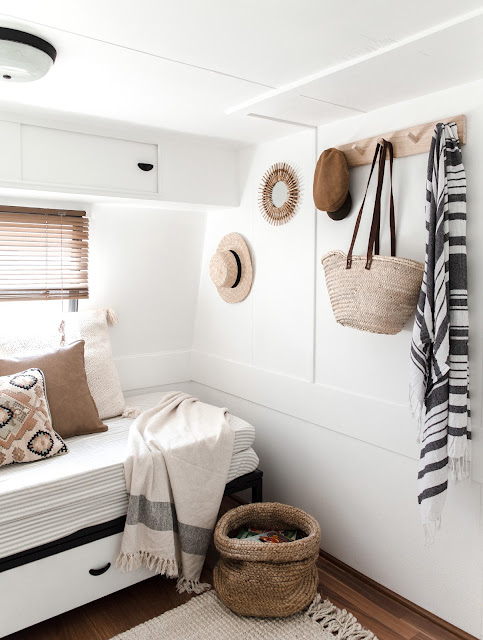 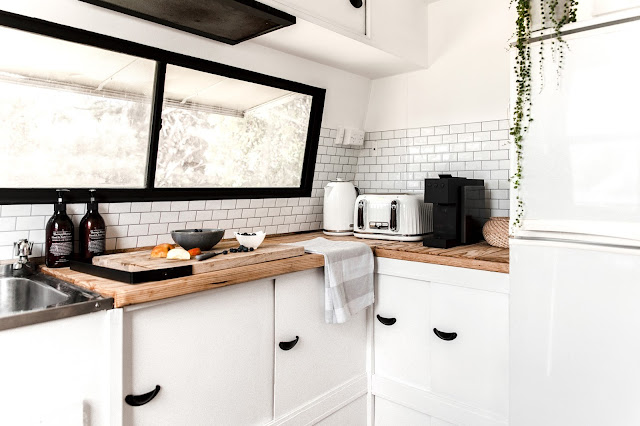 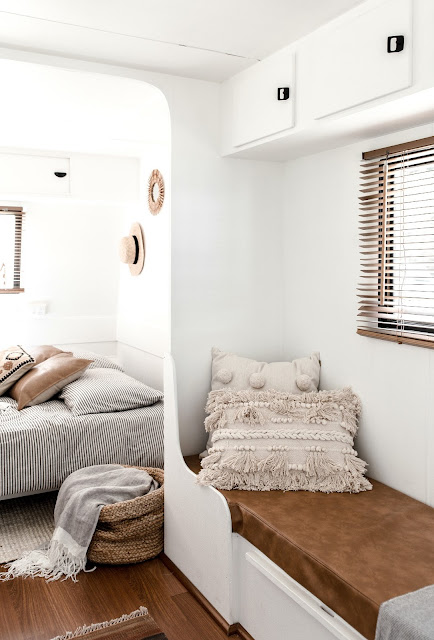 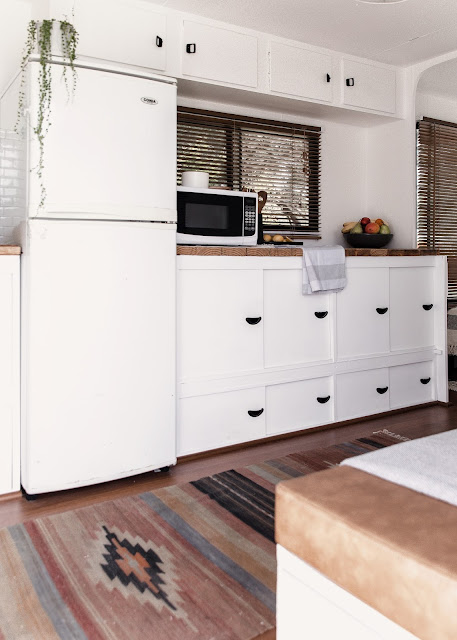 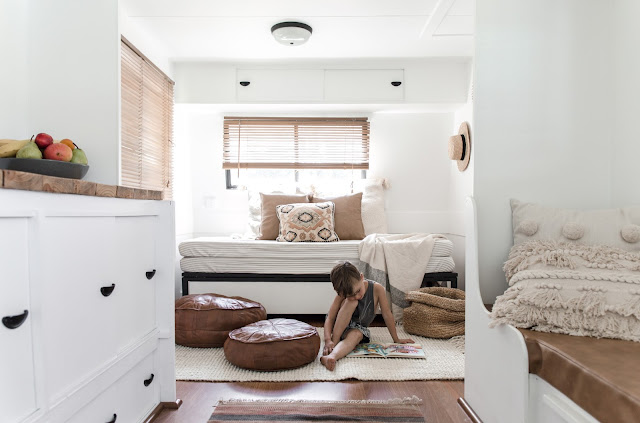 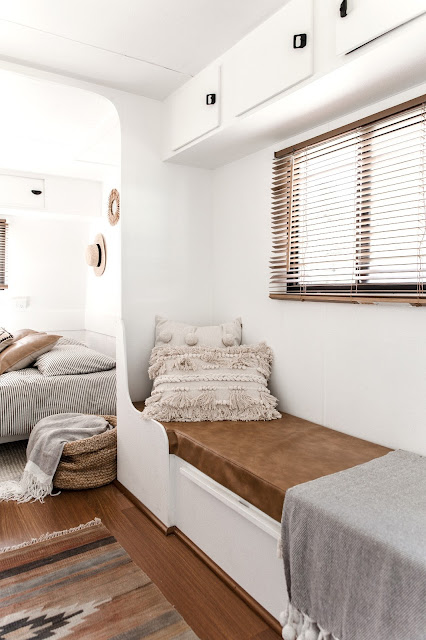 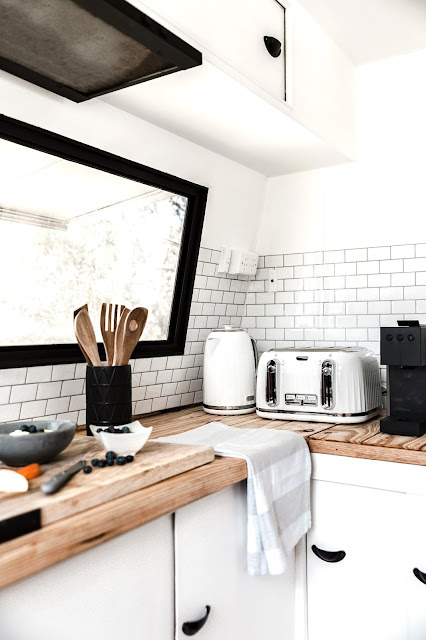 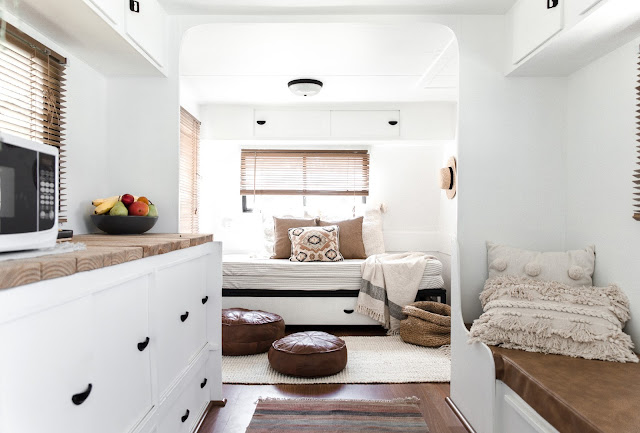 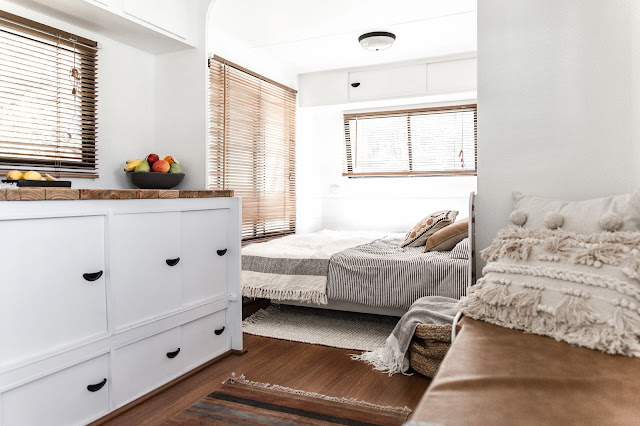 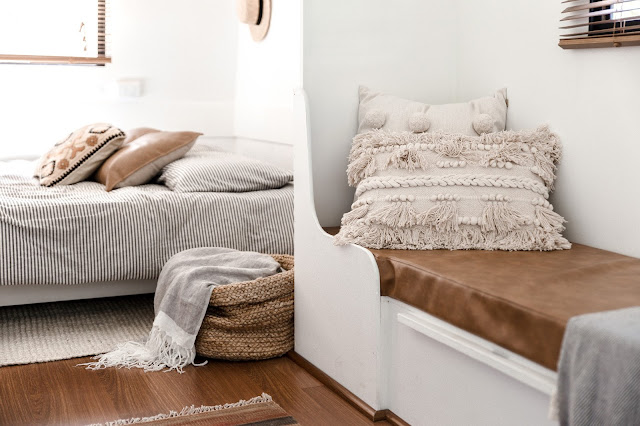 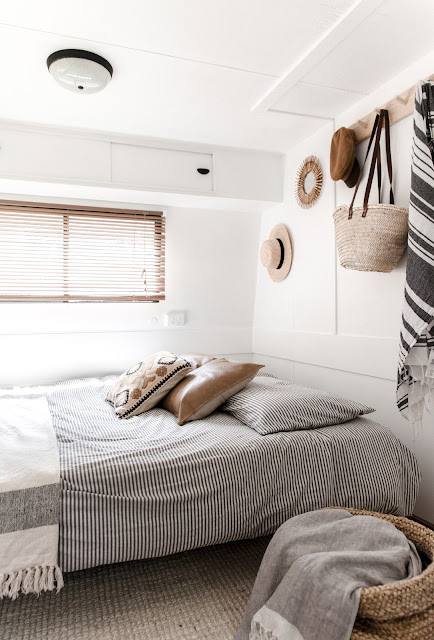 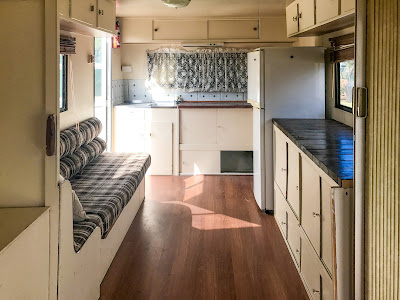 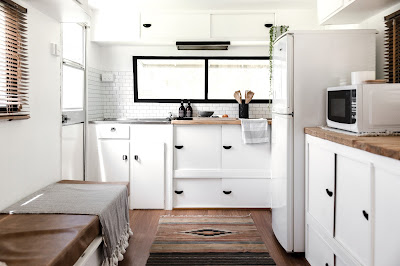 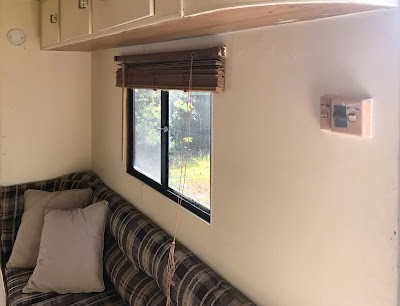 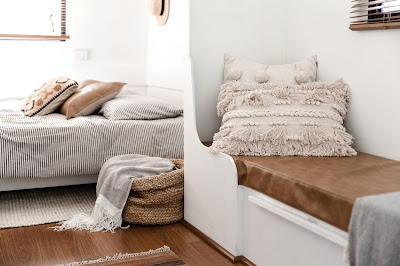 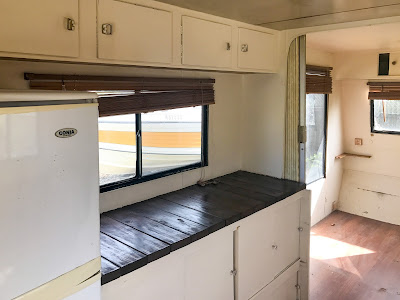 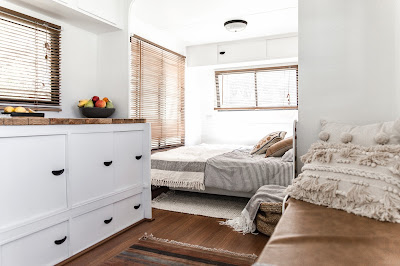 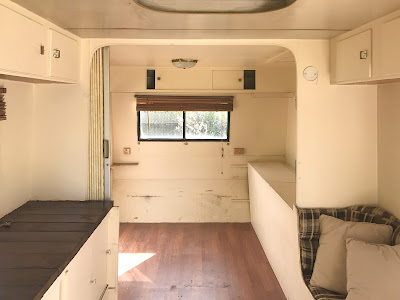 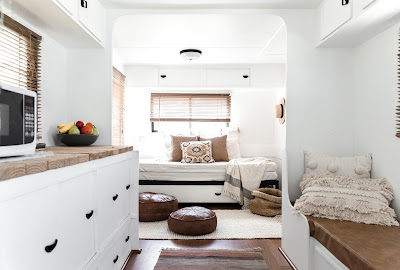 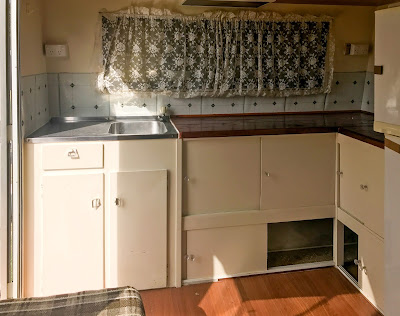 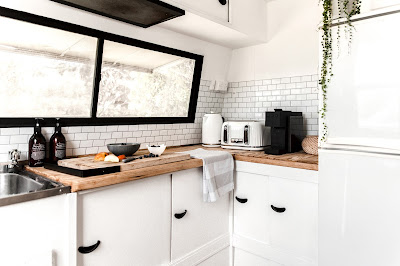 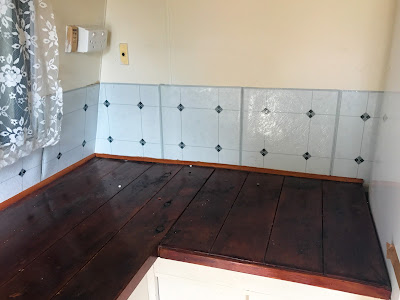 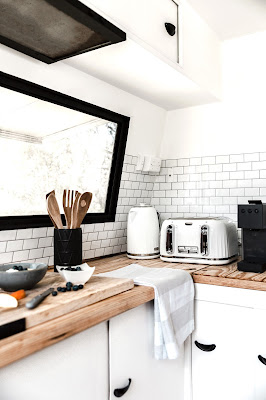 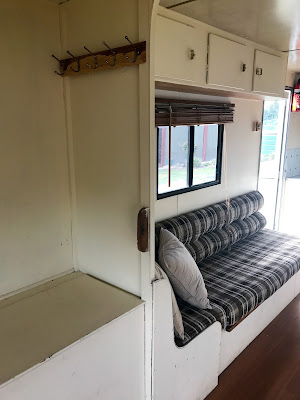 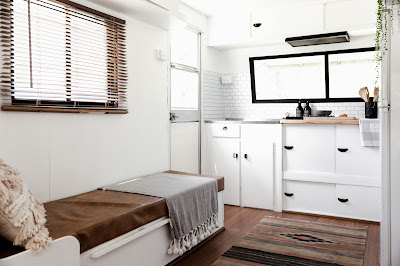 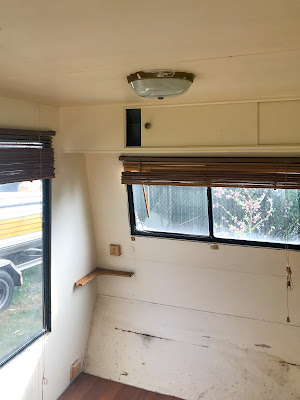 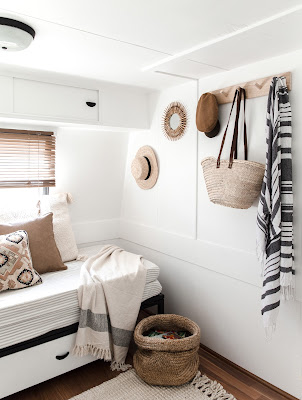 Meet OLLIE the 1982 Windsor Statesman, aka our third child! Looking at these photos I actually can't believe we pulled this off. Brad and I are the most un-handy of handy man types... like I'm talking so bad that one day Brad was hanging a shelf in our house and he dropped the drill which fell onto our shag rug and spun in the threads causing the drill to become tangled in the shag. Oh and the shelf he put up fell down as soon as I put a few photo frames up on it. We are handy man disabled. So why the hell would we take this on? Well we just figured with 2 kids and both working full time we just had so much time to spare so why not! But seriously, it actually came down to money. Every year we go on a road trip and hire a camper van. In 2017 we wanted to head to Byron Bay and after sitting down one night and crunching the numbers we worked out that you would have to be a) completely insane to drive from Adelaide to Byron with 2 kids, one of which is only 7 months old and b) we needed to be rich and rich we are not. A few wines in and I was like 'babe it would be so much cheaper if we just bought our own caravan!' Next minute we were on gumtree and 3 weeks later we found our girl Ollie.

So as I have mentioned, we are not handy but we are also not silly. We knew that our abilities maxed out with basics such as sanding and painting and that our knowledge relied heavily on youtube tutorials. If you have the skills to completely gut, re-wire and put in new walls then bloody well go for it but we went into this project knowing our weaknesses so we chose a van that had good bones. We wanted a van that we could do a minimal amount to but have a big impact... we came to learn very quickly that wall putty and crisp white paint would soon become our new BFF's. We got very lucky with the floors, they were good enough to leave in so we saved a huge amount of time and money there. The before pics above also don't show the bed that was in the back section before we completely gutted her. Stupidly I forgot to take a pic of it but it was a monstrosity.

Regardless of her excellent bones we still did a shite load of work and all those things like electrics and plumbing that we thought we had under control soon reared their ugly (expensive) heads so unfortunately with those sorts of unexpected things we had to outsource. Let me just insert here that my dad is a genuine super hero. A drill wielding ninja who at 67 shits all over Scotty Cam and Bear Grylls. If it wasn't for my dad this caravan would not have happened, or it would have but we would be $5k out of pocket. Aside from those fiddly little things like adding lights that actually work he also built us a custom made (nearly) king size bed. I said 'dad this is what I want to build' and he said 'ok' (he is a man of few words) and 7 days later he had welded together our fold out bed, complete with pull out cot for Charlie. And I only had to pay him in beers. Legend.

Im not going to completely break down costs but I will let you know what you are up for if you are thinking of taking on a project like this..

-The van cost us $5k and we got it off gumtree but you can also try the Facebook store if you are looking
- We spent close to $2k on interior renovations which includes all appliances, linen, upholstery etc
- Things like new brakes, tyres and all that boring stuff cost about $1500
- To get the outside painted it its going to cost us $2200

That is a very rough guide but all up we came in just under 11k and we have a house on wheels to holiday in with our little family for the rest of their young lives to show for it.

Was it worth it? Absolutely. Would we do it again? Nope, one is enough. Did we almost get divorced during reno's? Numerous times. Thinking about doing it too? DO IT!

PS more of our reno story will be in the next Kiddo Mag including things like 'what to look out for when buying a van' and the best places to holiday.